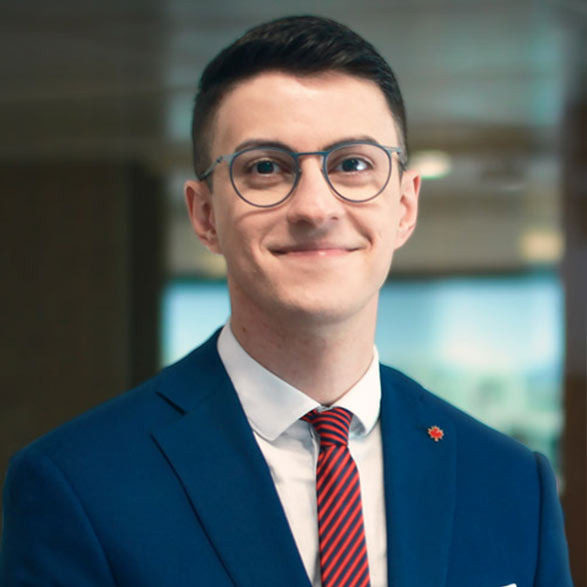 Willian is a graduate of Canadian Immigration Law from the University of British Columbia (UBC), a member in good standing of ICCRC and CAPIC and an undergraduate student in the Certificate in Law program at Queen’s University. As an immigration Law practitioner in Canada, his area of specialization covers Express Entry, Federal Skilled Worker Class, Canadian Experience Class, British Columbia Provincial Nominee Program (BC PNP), Provincial Nominee Class (paper-based application) and Spousal Sponsorship.
Prior to becoming an RCIC, he worked at e-Visa in the temporary residence team, followed by the permanent residence team, assisting dozens of families with their immigration applications; he is also a Former Educational Advisor, representing the interests of international students in their journey towards Canadian education.
Willian also holds a bachelor’s degree in Business Administration and a Canadian diploma in Business Communication. In addition, for over 4 years he has been creating written and video content for Brazilian audience interested about life in Canada which enabled him to build a friendly recognition among the Brazilian community as a competent and trustworthy professional. Willian speaks English and Portuguese.
On his time off, he enjoys spending quality time with his spouse and their little dog, is very passionate about reading, studying, travelling, playing video-games and watching TV shows.

Ready to come to canada?

BOOK A CONSULTATION WITH WILLIAN SANTOS